skip to main | skip to sidebar
"Do not ask God to guide your footsteps if you're not willing to move your feet."

WELCOME TO OUR CRAZY WORLD!!! 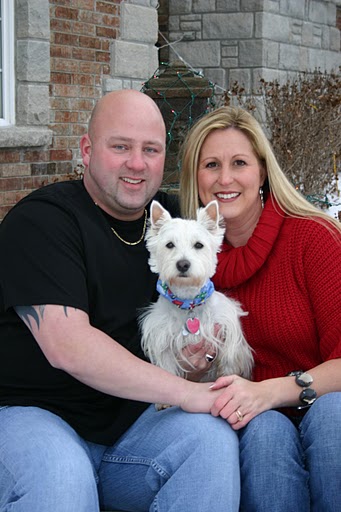 I don't know how most of you do Thanksgiving but in my family, we have several days of it. We start off with my mom's side and all of their traditions. First, mom and Aunt Nay Nay have to get together with Papa and figure out who is cooking what each year and then they in turn tell their kids what to help cook and what to bring. Well, my role for the last 5 years has been to make our home made noodles from scratch. My great grandma Mary made them and Papa learned how from her. When I first learned how to make them, my papa didn't have a recipe. He said "It's all up here" and pointed to his brain. Now, if you know me at all, you know that I am not well known for my cooking abilities so I needed a step by step recipe. It took me two years of watching him sprinkle a little of this and a little of that to come up with something to put on paper. Now that I have it written down, I can actually make them by myself but that is not the fun part. It has become a tradition that my Papa and I do them together. I do all the mixing and kneading and rolling and stuff while he sits there telling me story after story (some of them I hear each year) and he cuts up the noodles and lays them out. It is a moment that I will forever treasure!

This year, we introduced Noodle Making to JR and Nat. They came up from Dallas early Friday and took turns measuring things, kneading the dough, rolling the dough and getting covered in flour (which by the way was quite hilarious!) As I sat there and watched them make the noodles and listened to Papa telling them the same stories, I began to realize how blessed I am to have such an incredible and loving family. My family may have its fair share of tiffs and what not but we truly love each other and every single one of us have so much to offer and it all started when Papa swept Nana off of her feet!!! Now 3 kids, 5 grandkids, 3 in-law grandkids and 5 great grandkids later, look at this awesome family!

We had Thanksgiving on Saturday and everything was so delicious! We had our entire family (except my hubby) there including three from Dallas, four from OKC and one from Atlanta, GA! We know how to get together when there is food involved!!!!

Carey was unable to attend because he was in MO hunting. It was opening weekend for rifle hunting and they have a tradition up there when they get together and go to the farm for a fun filled boys weekend of: hunting, tooting, butt scratching, deer shooting, loogey spitting, practical joke doing, story telling, story exagerating (my deer was SSSOOOOO big) and whatever else boys do when they are together! He had a great weekend and took down a 10 point buck and a doe!!!! Great job sugar!!!!

GREAT Thanksgiving post Ash! I am so honored to have been taught "Papa's noodles", regardless of my ability to whisk accordingly...we enjoyed making them! I love my soon-to-be family, I am so blessed :)

Ashlee and Carey
Carey and I met while he was on a crusade with The Power Team at my previous church. We instantly had a great friendship however, God began to reveal His plans for us quickly. After a whirlwind romance, we were married four months later. The Lord has given us so many blessings in the four years we have been together including a baby on the way! We are due July 6th. It was man's hands but it was God's plan! We love the Lord and praise Him when we win and praise Him when we lose!

Do you think Baby Leighow is a boy or girl??? 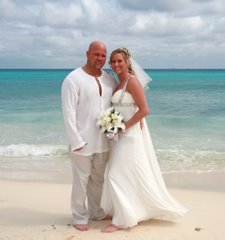 One day, we will receive our crowns!